This simple guide clearly explains the genetics of monsters in Monster Hunter Stories 2. I’ve explained how best to work with the Genes Bingo Board and how to mix genes to unlock the highest potential of the samples. The special genes of Rainbow are also clearly explained. If you want to crack the genetic code of your monsters and make them better fighting beasts, check out this guide. 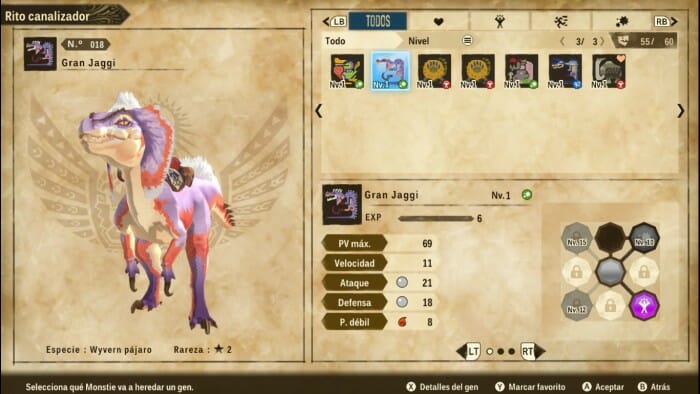 All samples have a 3×3 bingo board (the one on the bottom right) that the genes can be on. All genes have gifts, and you can tell which one it is by its color and symbol. There are 6 colors and 4 symbols, the colors represent the element (neutral, fire, water, etc) and the symbols represent the type of attack (power/speed/tactics/blank). On the bingo board, you must play tic-tac-toe with Monstey’s genes by making 3 paths of the same color or symbol across the board.

Each match gives your monster power, and it can be even better if the symbol and color match. Note that a gene that does not have a badge does not count for extra bingo. Some slots may be locked, as in the case of Jaggi. They can be locked by level, allowing you to level up the monster until it is unlocked. If your monster has more than one non-evolved lock blocked, try to purchase a better monster. 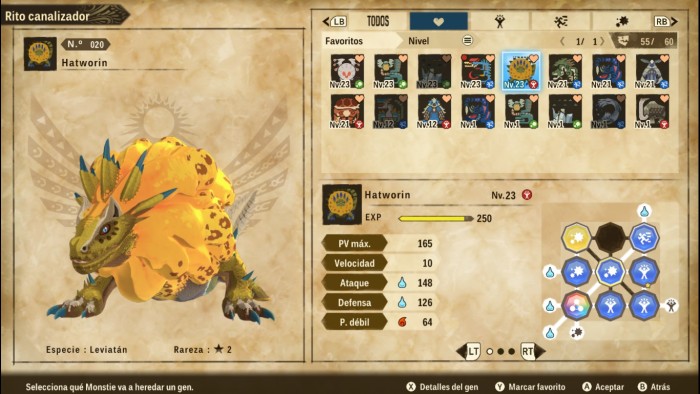 The rainbow gene (the middle one) is considered the gene of all genes, but it does not confer abilities. It’s always helpful to get creative with bingo, even if we keep it simple. In general, look for them to have a free space that you don’t need to fill.

How to mix and where to get the best genes 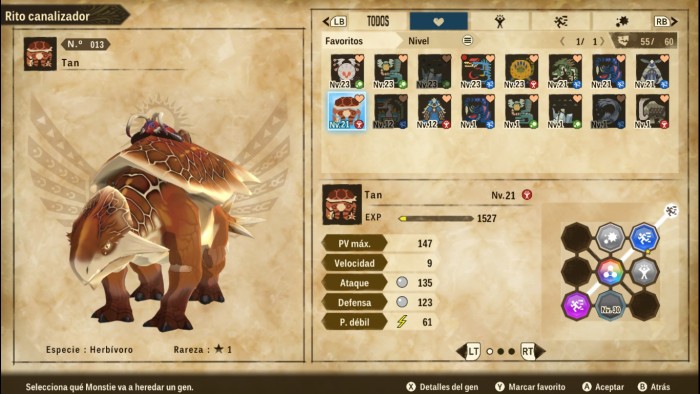 To use the full power of your monsters, you must be at least 2nd level. Go to the city to learn the rite of channeling. You can now sacrifice other monsters to make your team stronger and make bingo easier by using the genes of monsters you’re not using instead of leaving them. I only got to 3. The city is played out, so keep following the story to get better monsters and fill the gene book (in the same part of the bestiary). Keep it simple: If your Monsti has firepower, fill Bingo with firepower genes, this will make your Monsti very powerful in a way, as it should be.

You can’t move the genes in Monstey. They can only replace an existing element of the ritual. If you move a gene to another location, you get an extra set of the same monster. For example. I want to move Gen A from the top center to the bottom left. I need to find a Monstia who also has the A gene. To find them, just use the Gene Book and look for them. There should be a list of monsters you’ve already released. Take two more eggs (because you have to remove the gene first if it’s the same, and move it to another place), then use the ritual to move it. It may take a lot of effort, but it is necessary if you want to have bingo.

I hope these guidelines will help you play. Try them and let me know. If you have any questions, please write to us in the comments section below. Thank you for reading. Check out our other guides on this topic on the home page. Take care of yourself and enjoy your week!